Global construction consultancy’s CEO, new COO to be based in Seattle 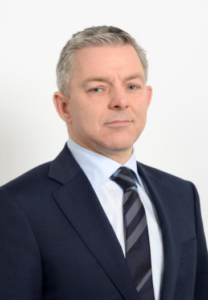 “Finlay and David Baird will both be in Seattle so they can work side-by-side to lead the next chapter together,” a company spokesperson said. “Seattle is a big growth market for us.”

The press release announcing McLay’s hiring adds he will support Baird as they “guide the construction consultancy through its highly anticipated next chapter of internal innovation and upcoming geographic expansions.”

A 30-plus year industry veteran, McLay most recently held an executive role at SNC-Lavalin, and previously was Americas Region president at Rider Hunt International. He is originally from the United Kingdom, and has worked in Southeast Asia, South America and North America.