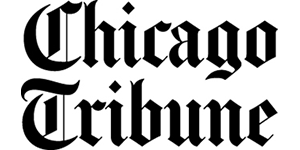 After more than a decade of boom times, Chicago developers, contractors and construction workers face an unexpected obstacle to continued prosperity.

Wide-ranging safety precautions are being implemented on job sites to limit the potential spread of the new coronavirus, and to try to avoid the fate of Boston, which on Monday became the first U.S. city to shut down construction entirely. On the West Coast, nine counties in the San Francisco Bay region issued a shelter-in-place order that could affect construction projects there.

A similar construction shutdown in Chicago could endanger the ongoing construction cycle that has reshaped the city’s skyline. Along with the jobs created during construction, the new towers have helped support waves of jobs moving downtown from the suburbs and other cities and boosted the residential population downtown.

“The Boston scenario is a worst-case scenario, and we hope by employing best practices here locally that we won’t be in that situation,” said Michael Meagher, president of Chicago’s James McHugh Construction Co..

“The impact would be overwhelming to our industry, because most of our trade labor is paid hourly and it would be a significant loss of wages,” said Meagher, who also is president of the Chicagoland Associated General Contractors.

If it’s prolonged, a construction shutdown could be a body blow to the local economy, amid fears of a broader, long-term recession nationally.

A construction stoppage would add to the ranks of workers in restaurant, retail and other sectors not drawing paychecks unless their employers are taking steps to keep paying them. A shutdown also could cause ambitious developments now on the drawing board to become more difficult to finance and get off the ground.

A shutdown of a few weeks could be overcome with minimal long-term damage, but a freeze of six months or more could be devastating to the economy and labor pool, he said.

“You never want to get to the point where there’s labor leaving the market, like it did during the last recession,” Pomfrett said.

“Clearly, shutting down construction projects throughout the city or the state would be detrimental to the economy,” said David Carlins, CEO of Chicago’s Magellan Development Group. “It will have a ripple effect to everybody. There’s definitely concern.

“We’re mentally preparing for a shutdown, but you can’t make any real plans until you know what the extent of it is, and how long it might last.”

Magellan is in the late stages of building what will become the Chicago’s third-tallest skyscraper, the Jeanne Gang-designed Vista Tower. Magellan is developing the condo and hotel project with Chinese partner Dalian Wanda Group, and the 1,191-foot-tall tower is scheduled to open this fall along the Chicago River east of Michigan Avenue.

Magellan was enjoying a particularly successful stretch of condo sales, with more than $20 million worth of sales contracts signed in the past five weeks, before the developer’s thoughts turned to coronavirus worries, Carlins said.

“The landscape is literally changing day to day, but we are optimistic that this too shall pass,” Carlins said.

McHugh is among several Chicago rivals that in recent days have begun regular calls to discuss ideas for keeping construction sites safe from the coronavirus spread, Meagher said. New steps include eliminating shared offices on sites, moving foreman and safety meetings to the phone, beefing up cleaning of job trailers, not eating together during lunch breaks, and adding handwashing stations and sanitizers throughout sites.

For high-rise projects, fewer workers are being allowed on elevators at a time.

On Tuesday, the city granted a waiver of its usual prohibition of early-morning construction work downtown, allowing “quiet trades” such as drywall installation and other indoor work to begin before 8 a.m., Meagher said. That will help stagger work shifts to limit the total number of workers on a site at any time, he said.

Contractors are using non-contact, digital laser thermometers to check workers’ temperatures as they arrive on site. At least one firm is considering investing $10,000 to $20,000 for an infrared camera that could monitor the temperatures of 40 to 50 workers at a time, Meagher said.

“By the nature of our business, we think if we’re diligent we should be able to function fairly normally as long as our supply lines last,” added Tom Cucilich, executive director of the Chicagoland Associated General Contractors. His organization represents more than 10,000 employees of general contractors, subcontractors and suppliers in the greater Chicago area, including some in Wisconsin and Indiana.

Construction sites aren’t the only type of real estate feeling the coronavirus impact.

At many office buildings, only 10 to 20% of employees were coming to work by early this week.

In response, and as an additional precaution, landlords of properties including the Old Post Office, Prudential Plaza and 600 West Chicago were shutting down amenities such as fitness centers, lounges and conference centers. Chicago’s tallest skyscraper, Willis Tower, this week closed tenant amenities following the closing of the Skydeck tourist attraction, which draws 1.7 million visitors annually, on Saturday.

The John Buck Co., an owner and property manager, doesn’t plan to close any buildings outright, according to Charles Wagener, president of Buck’s property management arm.

As the illness continues to spread in Chicago, owners are continuing the now-common practice of informing tenants when a worker in the building tests positive for COVID-19. On Monday, New York-based Tishman Speyer informed workers in one of the office buildings it owns here, a 25-story tower at 525 W. Monroe St,, that an employee of an undisclosed company in the building had a confirmed case.

There previously have been confirmed cases in larger office properties, including the two-tower Prudential Plaza near Millennium Park and BMO Harris Bank’s three-building complex in the Loop.

Corporations have been implementing broad work-from-home plans, while property managers have been ramping up cleaning of common areas and adapting to light usage of their buildings, said Michael Cornicelli, executive vice president of the Building Owners and Managers Association of Chicago, an association of 240 buildings.

“In the past we were worried about things like terrorist attacks or weather events,” Cornicelli said. “A lot of companies have contingency plans in place for those scenarios, and they’re dusting off those contingency plans.”