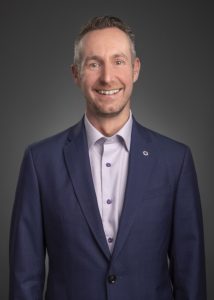 Derek Hutchison, who joined the firm in 1999 and was most recently an executive vice president, was promoted to president as of Jan. 1. He is overseeing regional operations and strategic initiatives, including potential future acquisitions.

The company has consulted on more than $300 billion worth of projects.

The company, which moved its headquarters to downtown Los Angeles in 2016, said it had about $200 million in billings last year, up from about $150 million in 2018.